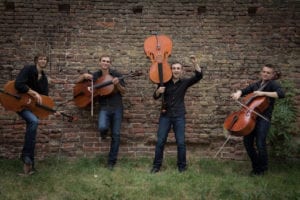 What are you Selling?

We are selling a sheet music arrangement of two movements from Peter Warlock’s Capriol Suite: Basse Dance and Mattachins.This is one of my favourite string orchetra pieces.
The cello quartet arrangement is intermediate and effective. Click below to see the first pages of the scores:
Basse Dance Score Page 1

I have just formed a cello quartet with three of my pupils.The main aim is to enjoy playing chamber music and have fun.But quartets also help develop important music qualities.You need to know your part well enough to be able to play rhythmically  throughout and listen to others. And while you have the pleasure of playing in an ensemble, every individual part can be heard and is important.

We have started with three pieces which I have arranged for cello quartet: the Poldark Theme, one of the tunes  from Pirates of the Caribbean, and the theme from The Magnificent Seven.Everyone has a chance to play the tune and all four parts are around the same standard. In time I am hoping the group will grow to become a cello ensemble, which may be able to play some of the string orchestral repertoire. 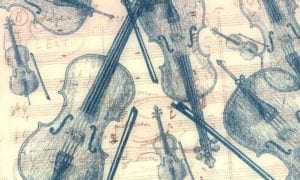 Before long I will publish some of my cello quartet arrangements.Meanwhile if you’d like to play cello duets with two per part you can browse Cello Duets