Arrival of the Queen of Sheba wins award

We were  pleased to find out that last week our performance of Arrival of the Queen of Sheba violin and cello duet was chosen to be first on the  Best You Tube Videos of Handel compilation by www.musicsense.org  – especially as there are over 4000 videos of Handel on the internet.

More about the duet and filming
The award winning string duet is our own arrangement. We were lucky enough to have an excellent film crew –  Lux Technical – and  recording engineer – Hugh Davies – and English Heritage very kindly allowed us to make the film at Kirby Hall which is an ideal setting for classical music.

More about the Queen of Sheba
The Arrival of the Queen of Sheba music is famous,but who was the Queen of Sheba herself? This work is part of Handel’s oratorio Solomon which is based on the romantic, not to say sexy,  old testament story in the Book of Kings which  tells how the queen arrives in Jerusalem as a guest of King Solomon and  ends up spending the night with him. 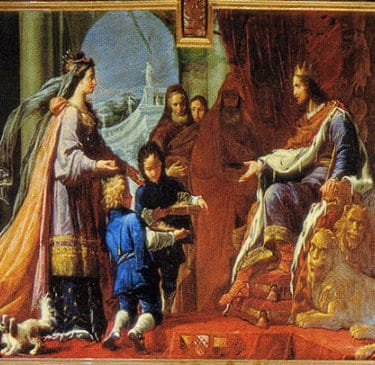 What would Handel have thought?
Handel originally wrote the piece for full orchestra, not string duo, but I imagine he would have been pleased that nearly three hundred years after it was written his music was  still being arranged for  many different combinations of instruments because it was so popular. He’d probably have been impressed that he had such a high profile on the internet too!